A Month to Remember: LGBTIQ+ in Employment Law 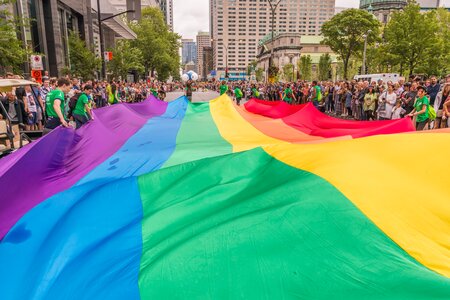 June is the month of the LGBTIQ+ movement (so-called Pride Month); with celebrations or also protest actions, worldwide attention is drawn to the rights of and other issues concerning LGBTIQ+ persons. But what rights and protections do LGBTIQ+ persons have under Swiss employment law? Although the LGBTIQ+ community is also growing and gaining a voice in Switzerland, there are only a few (employment) laws that directly address the protection of LGBTIQ+ persons. The Swiss Federal Constitution contains a general prohibition of discrimination (Art. 8 BV). However, the extent to which the Gender Equality Act (Gleichstellungsgesetz, GEA), which prohibits direct and indirect discrimination against employees on the basis of their gender, namely by reference to marital status, family situation or – in the case of female employees – pregnancy, applies to LGBTIQ+ persons has not been conclusively clarified. The applicability is affirmed by the prevailing doctrine and the competent conciliation authorities. Nevertheless, about two years ago, the Federal Supreme Court ruled that the Gender Equality Act does not also cover protection against direct discrimination of homosexual persons (cf. BGer 8C_594/2018). In the meantime, there are also isolated personnel laws and collective bargaining agreements that explicitly prohibit discrimination on the basis of sexual orientation. Studies show that LGBTIQ+ persons in particular are (nevertheless) often discriminated against in the workplace.

It is therefore important that employers maintain an open and proactive approach to LGBTIQ+ issues and ensure that people, regardless of their gender and/or sexual orientation, are not discriminated against either in the application process or in the context of the employment relationship or its termination.

According to Art. 328 of the Swiss Code of Obligations (CO), the employer must respect and protect the personality rights of employees, show due consideration for their health and ensure that morality is maintained. This applies not only to current employees but also to candidates in the application process. In particular, the employer must ensure that employees are not sexually harassed and that the victims of sexual harassment do not suffer any further disadvantages. According to Art. 328b CO, the employer may only process data on (prospective) employees to the extent that it concerns their suitability for the employment relationship or is necessary for the performance of the employment contract.

Based on these provisions, questions about gender identity and/or sexual orientation are generally not permitted in job interviews, nor are questions about the family situation. If the (prospective) employer nevertheless asks such questions, they do not have to be answered truthfully.

Data relating to sexual orientation also qualifies as particularly sensitive data and may in principle – since it hardly ever relates to the employee's suitability for the job or the performance of the employment relationship – only be collected and processed with the express consent of the employee.

Finally, during the employment relationship, the employer must ensure that (LGBTIQ+) persons are not discriminated against, bullied or harassed on the basis of their gender and/or sexual orientation. On the one hand, employers are thus obliged to treat all employees equally and to promote them equally (e.g. in terms of promotions, remuneration, allocation of tasks, etc.). This may also include promoting the sensitivity of employees to LGBTIQ+ issues and ensuring that the workplace adequately accommodates LGBTIQ+ employees (e.g. also in relation to changing rooms, toilets).

On the other hand, employers are obliged to intervene as soon as they notice that employees are being discriminated against or excluded on the basis of their gender and/or sexual orientation. If the employer does not comply with these obligations, he may be liable for damages according to Art. 328 CO or – in the case of a massive violation of personality rights – even be obliged to pay satisfaction. However, such proceedings for damages and satisfaction are usually very costly and difficult for the employees concerned. However, compensation can also be claimed on the basis of Art. 5 para. 3 GEA in the event of discrimination through sexual harassment. A court can award compensation if the employer cannot prove that it has taken the measures that are necessary and appropriate according to experience to prevent sexual harassment and that it can reasonably be expected to take.

Moreover, a dismissal which the employer issues (solely) on the basis of an employee's sexual orientation or gender qualifies as abusive (Art. 336 para. 1 lit. a CO/Art. 5 para. 2 GEA). In this case, the employee concerned is entitled to compensation of up to six months' salary if he/she objects to the dismissal during the notice period. The corresponding complaint must be filed with the competent conciliation authority within 180 days of the termination of the employment relationship. The amount of compensation (if any) is then determined by the court, taking into account all the circumstances.

Swiss employment law contains provisions that (also) deal with the protection of LGBTIQ+ persons. However, it is important that employers not only observe these provisions, but also deal with the LGBTIQ+ issue openly – in keeping with the times – and provide due protection to the employees concerned.

Our employment law team will be happy to answer any questions you may have on this topic.