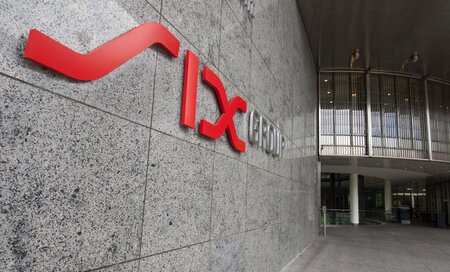 Pursuant to art. 53 of the Listing Rules ("LR") of the SIX Swiss Exchange ("SIX"), the issuer must inform the market of any price-sensitive facts that have occurred in its sphere of activity, unless a postponement of disclosure pursuant to art. 54 LR can be claimed in individual cases. Further requirements for ad hoc publicity are set out in the corresponding SIX Directive on Ad Hoc Publicity ("DAH"). The regulations on ad hoc publicity are particularly relevant for issuers with equity and debt securities listed on SIX as well as in daily advisory practice, as compliance with them is one of the requirements for maintaining listing.

A revision of the ad hoc regulations will come into force on 1 July 2021. The general aim is to align the regulations with insider trading law and international standards and to codify existing practice. SIX-listed issuers are well advised to familiarise themselves with the main changes promptly and to react accordingly if necessary.

The most important and in practice most relevant changes to SIX ad hoc publicity as of 1 July 2021 are presented below. These include:

Other, largely terminology adjustments, such as the clarification of the concept of price-sensitivity, will not be discussed here in more depth. Up to now, facts have been considered "potentially" market price-sensitive if they are "capable of triggering a significant change in market prices". Now, facts are considered price-sensitive if their "disclosure is capable of triggering a significant change in market prices." There are no changes in content associated with this. A market price change continues to be considered significant if it is considerably greater than the usual price fluctuations of the respective issuer, without fixed limits or percentages. The assessment of the price-sensitivity by weighing the issuer in the individual case still takes place ex ante, but this is now explicitly stated. Instead of the perspective of the "average" market participant, the perspective of the "reasonable" market participant will be taken into account going forward; this is also a terminological adjustment, which may at best better capture the rationally acting private, non-professional investor, but will not lead to decisive effects in daily practice. The essential content requirements for the ad hoc announcement (true, clear and complete) also remain unchanged.

3. Abolition of "per se" price-sensitive facts

Under the existing ad hoc rules, SIX always qualified certain facts as potentially price-sensitive, irrespective of the circumstances of the individual case, especially since there was no possibility of a postponement of disclosure. This applies in particular to any changes in the issuer's board of directors and management. Thus, the (probable) departure of such a person always had to be communicated immediately, even before a possible successor was found (whose appointment triggered another immediate publication obligation). In some cases of personnel mutations, however, the actual relevance to the market price was doubtful. Accordingly, the "per se" practice of SIX was sometimes criticised.

The revision now clarifies that such "per se" facts no longer exist as of 1 July 2021. The only exceptions are annual and interim (i.e. half-yearly and any quarterly) reports. These must continue to be published in an ad hoc conform manner.

In future, it must be checked in each individual case (also in the case of personnel mutations) whether it is relevant to the market price. However, the abolition of the "per se" facts does not mean that they cannot have any price-sensitivity at all. Rather, these events - as with all other facts - must now be examined on a case-by-case basis.

It remains to be seen whether the new regulations will lead to significant changes in practice, e.g. whether in future only the most important changes in the board of directors (chairman, independent lead director, vice chairman, if applicable) and the management (CEO, CFO, and - depending on the technology focus - CTO and head of research, if applicable) will be published by ad hoc announcement, or whether cautious issuers will rather stick to the previous - at least clear - practice.

4. Classification of announcements as "ad hoc announcement pursuant to art. 53 LR" and differentiation from advertising

If the issuer publishes a price-sensitive fact from 1 July 2021, the announcement must be explicitly designated as an "ad hoc announcement pursuant to art. 53 LR" (flagging). This is already routinely the case for some issuers, the others will have to adapt their publications accordingly.

All other (non-price-sensitive) announcements (e.g. purely for advertising or marketing purposes) may no longer be designated as "ad hoc announcements" in the future. In order to avoid possible fines, issuers are once again called upon to make an informed, comprehensible assessment and to exercise their discretion in accordance with their duties.

In addition, ad hoc announcements must be made publicly available on the issuer's website in an easy-to-find list (e.g. "Ad hoc announcements pursuant to art. 53 LR") in chronological order, stating the publication date, for at least three (instead of the previous two) years.

From 1 October 2021, issuers of primary listed equity securities must submit their ad hoc notices to SIX exclusively via the electronic issuer platform "Connexor Reporting". Issuers of other listed securities may continue to use e-mail.

6. Internal regulations and processes and organisational measures regarding postponement of disclosure

The issuer may postpone the disclosure of a price-sensitive fact, if the fact is based on a plan or decision of the issuer and its disclosure is likely to prejudice the legitimate interests of the issuer (e.g. an intended M&A transaction). In doing so, the issuer must ensure (now, explicitly with appropriate and comprehensible internal rules or procedures) that the confidentiality of the price-sensitive fact is guaranteed for the entire duration of the disclosure postponement. The issuer must now also explicitly take organisational measures to ensure that confidential facts are only disclosed to persons who need them to perform the tasks assigned to them – need to know basis.

Insider trading law and the best practice developed in this regard already impose similar requirements, such as the establishment of technical protection measures (e.g. access restrictions, chinese walls, passwords), the obtaining of confidentiality declarations from authorised persons (internal and external) and the maintenance of insider lists. So, this amendment to the SIX rules should not lead to any major need for adjustment on the part of issuers who are already well organised, while others should now take this as an impetus to further improve their organisation.

In future, the corporate governance report (part of the annual business report) must include any general quiet periods (general blackout periods, trading ban, closed periods) or closed periods set by the issuer, stating the deadlines, addressees, scope and any exceptions to the trading ban. The usual principle of "comply or explain" applies.

However, any special quiet periods ordered in individual cases still do not have to be published.

In view of the upcoming revision, as of 1 July 2021, the affected issuers must pay attention particularly to the fact that in future - with the abolition of the per se events - an assessment of the price-sensitivity must always be made, with the exception of annual and interim reports. In addition, "ad hoc announcements pursuant to art. 53 LR" must in future be explicitly designated as such and distinguished from advertising material. A list of ad hoc announcements must be created on the website (if necessary, using a filter function), and the retention period is now three years. General quiet periods must be recorded in the Corporate Governance report. From 1 October 2021, Connexor Reporting must also be used for the transmission of ad hoc notices to SIX. Regarding the changes in relation to the postponement of disclosures, the early implementation of rules and processes to ensure confidentiality is recommended, if not already done.

Our VISCHER teams for banking and finance and listed companies will be happy to answer any questions you may have on ad hoc publicity, listing and Swiss capital market law.