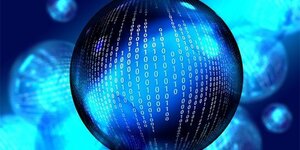 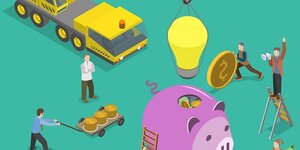 The public law department at VISCHER has a particular focus the healthcare and energy sectors with further clients coming from other regulated industries, including banks, postal services and lottery providers. Michael Waldner is the key contact when it comes to providing regulatory advice to hospitals, assisting them with transactional matters disputes with regulatory authorities at all levels of government. Practice head Stefan Rechsteiner acts for energy companies on transactions, contracts and concessions in addition to representing them in regulatory disputes.

VISCHER has particular experience when it comes to M&A, capital markets and litigation matters as well as healthcare, TMT and transport matters. The team is further noted for its expertise in public law and competition matters with Michael Waldner and Klaus Neff active here. Rolf Auf der Maur, Stefan Kohler and David Rosenthal have strengths in IP, IT, TMT and data. Benedict Christ, Stefan Rechsteiner, Christian Oetiker and Christian Wyss are other names to note.

Stefan Rechsteiner is a "very active and respected" figure in the market, and is known for his expertise in contract and regulatory matters pertaining to usage of grid infrastructure. He also assists with mandates concerning the sale of shares in energy companies.

VISCHER’s public law practice is highly focused on the energy and healthcare sectors but is also experienced in other regulated industries, including gambling and financial services. The team handles disputes with regulatory bodies at all governmental levels as well as regulatory issues regarding transactions, concessions, tariffs and contracts. Stefan Rechsteiner heads the firms’ energy practice and represents companies active in regulated markets before regulators and administrative courts. Head of the healthcare practice Michael Waldner represents hospitals before courts in regulatory matters.

Stefan Rechsteiner is a front runner in the market, known for his expertise in contract and regulatory matters pertaining to usage of grid infrastructure. He also assists with mandates concerning the sale of shares in energy companies. Sources describe him as "one of the few very well-known experts in the sector."

"Stefan Rechsteiner is 'highly recognised' in the Swiss energy market thanks to his profound expertise in regulation and contentious proceedings."

"VISCHER is highly regarded for its healthcare, TMT and transport practices as well as its expertise in capital markets, M&A, public law, competition and litigation matters. Key at the firm include Stefan Kohler, Rolf Auf der Maur, Benedict Christ, Stefan Rechsteiner and Christian Oetiker. Michael Waldner, Klaus Neff and Christian Wyss are other names to note."

"The public law department at VISCHER has core strengths in energy-related work, where it handles litigation, regulatory and strategic advice, and healthcare matters, acting in disputes against regulators as well as handling transactions. Team lead Stefan Rechsteiner advised Axpo Services AG on the reorganisation of its corporate structure, and acted as legal counsel to the Rheinkraftwerk Säckingen AG, Kraftwerk Ryburg-Schwörstadt AG and Kraftwerk Reckingen AG power plants, which are located at the Swiss-German border, following the rejection of their application to use a high-voltage grid for hydro-energy projects. Michael Waldner is acting for the University Hospital of Zurich and the Cantonal Hospitals of St Gall and Lucerne in disputes against healthcare insurers relating to treatment tariffs."

Interviewees describe Stefan Rechsteiner as a "top lawyer in the area" and "the leader in the Swiss market." Rechsteiner has a broad practice, handling corporate transactions, disputes and regulatory matters within the energy sector. He is particularly popular with energy suppliers and distributors.

"Stefan Rechsteiner represented Repower in a dispute concerning the liberalisation of the Swiss metering market. He offers further experience handling compliance and regulatory matters. Clients report that they receive "brilliant support from him."

"National firm VISCHER is the leading firm in this space and sees two lawyers selected for inclusion.

Stefan Rechsteiner is one of the country's foremost energy practitioners who draws praise from sources for his excellent work representing energy companies before the administrative courts.

Michael Waldner is highly recommended by market commentators as a leading authority on renewable energy matters as well as the regulation of energy markets."

"Stefan Rechsteiner is a long-standing figure in the Swiss energy law market. He has an extensive track record in regulatory matters and regularly assists clients with related administrative proceedings. One client states: 'He has comprehensive and detailed expertise in energy law, strong commercial awareness and a great deal of experience in negotiating.' He advised Reichmuth & Co Investmentfonds on its acquisition of SSB's shares in Swissgrid."

"Stefan Rechsteiner is a long-standing figure in the Swiss energy law market. He has an extensive track record in regulatory matters and regularly assists clients with related administrative proceedings. One client states: 'He has comprehensive and detailed expertise in energy law, strong commercial awareness and a great deal of experience in negotiating.' He advised Reichmuth & Co Investmentfonds on its acquisition of SSB's shares in Swissgrid."

Stefan Rechsteiner is one of the most highly regarded practitioners in our research this year, and draws praise from sources who note that he is 'very skilled in energy law and its related fields'.

Michael Waldner is recommended for his expertise in energy regulation, and is weil versed in representing companies before both administrative courts and regulators."

"Vischer excels in public law, where the ‘outstanding’ Stefan Rechsteiner attracts praise, and in the regulated life sciences industry, where Stefan Kohler is recommended for regulatory and patent matters and Matthias Staehelin focuses on M&A transactions. Rolf Auf der Maur is a key figure on the media and telecoms side."

"According to clients, Vischer ‘stands out for its excellency in public law’. It successfully defended Swiss International Air Lines in administrative and subsequent appeal proceedings regarding its licence for flights between Geneva and Lugano, and has been acting for several hospitals in proceedings concerning tariffs chargeable to health insurance companies. Other clients include Axpo, Repower and Swisslos. The ‘outstanding’ Stefan Rechsteiner, Stefan Kohler, Andreas Albrecht and counsel Michael Waldner are recommended."

"Stefan Rechsteiner is described as 'a real expert in regulation.' He is a market leader for advising clients from the energy sector on public and administrative law, and represents them in regulatory proceedings. He has a particular expertise in hydropower concession contracts."

"Vischer achieves two nominations in this chapter, including the 'fantastic' Stefan Rechsteiner, who is described by peers as 'one of the top practitioners' in this area. He's joined by Michael Waldner, who runs a 'distinguished practice' that focuses primarily on energy and environmental law."

"Public law expert Stefan Rechsteiner is sought out for his knowledge of the energy sector. He also advises clients on regulatory concerns and appears before administrative courts and regulatory bodies."

"Vischer has been representing Swiss International Air Lines in an administrative dispute regarding a licence for flights between Geneva and Lugano, which was appealed by competitor Darwin Airlines. The firm also successfully represented the utility company EKZ in a dispute with competitor AET regarding the right to supply electricity to the construction site of the Alp Transit Gotthard tunnel. Other clients include Swisslos and the University Hospital of Zurich. ‘Very knowledgeable’ practice head Stefan Rechsteiner is recommended along with Andreas Albrecht and Stefan Kohler."

"Vischer is particularly strong in public law, where Stefan Rechsteiner is a leading lawyer, and in the healthcare and life sciences sector, where Stefan Kohler has expertise in regulatory and IP matters and Matthias Staehelin regularly handles M&A transactions. Another industry strength is media and telecoms, where Rolf Auf der Maur is recommended."

"Stefan Rechsteiner is widely regarded as one of the leading energy practitioners in the market. He has a particular focus on regulatory matters. Clients enthuse: 'He very quickly understands what I want and he is extremely efficient; time pressures are not an issue for him.' "

"Vischer has been representing Swiss International Air Lines before the Federal Administrative Court in a dispute with Zurich Airport regarding airport charges. It also advised Swisslos on several public and lottery law issues, and has been representing the University Hospital of Zurich in a dispute with health insurers. Stefan Rechsteiner and Andreas Albrecht are recommended."

"Two lawyers from Vischer are selected this year, including the 'excellent' Stefan Rechsteiner. He has earned a 'brilliant reputation' advising companies active in the energy market. Michael Waldner advises clients on renewable energies, climate law and the regulation of the power market. Peers describe him as 'committed' and 'strongly endorse' his skills in this sphere."

"Stefan Rechsteiner is considered to be a leading figure in Swiss energy law. He advises many leading energy companies, and counts Repower as a client."

"Vischer fields two 'top-notch' Zurich-based lawyers to this edition. Stefan Rechsteiner leads the firm's energy team and his 'excellent' advisory and representative work has made him a 'notable figure' in the field. A 'star' in the field, Michael Waldner advises clients on renewable, regulatory matters and construction of power stations. He is 'definite inclusion' for many."

Vischer’s team acts for REpower on energy and regulatory matters and in administrative disputes, with recent mandates including the sale of its high-voltage grid to Swissgrid. Another key client is Migros, which instructs the firm on public law and product-related regulatory issues. Stefan Rechsteiner is the main contact.