Tuning (in Particular Car Tuning) from an Intellectual Property Perspective 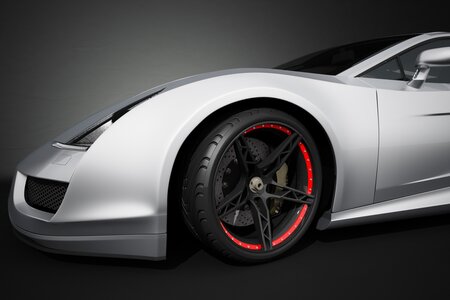 Whose attention has never been grabbed by the eye-catching cars customised by famous tuning companies such as Brabus, Mansory, Techart, and others. But have you ever asked yourself whether the brand owners, Audi, Mercedes, Porsche, Ferrari etc., have anything to say about the customising of their cars by a third party? Does the third party need to have the car builder’s authorisation before proceeding to tune a car?

For the purposes of this article, which examines the above questions in light of Swiss law, we will use “tuning” or “customizing” merely in the sense of altering the aesthetic appearance of an item, in particular a car, be it the body or the interior. Technical tuning may also have legal implications, mainly in terms of technical and security regulations, but will not be considered here.

Tuning companies naturally consider that their work upgrades the stock design of a car and adds value to it, while the brand owner might well be of a different opinion. But what does the law say?

Trademark law applies as soon as a car builder trademarks their cars, which all car builders regularly do. The Swiss Federal Act on the Protection of Trade Marks and Indications of Source (the “Trademark Act”) grants the trademark owner the exclusive right to use the trademark, in particular (i) for affixing the sign to goods or their packaging; (ii) for offering goods, placing them on the market or storing them for such purposes under the sign; and (iii) for importing, exporting or carrying in transit goods under the sign (Art. 13 (2) Trademark Act).

When purchasing a car, the purchaser obviously obtains (real) ownership of the car with all the rights (real) ownership implies, including for instance the right to destroy or to alter the purchased item. At the same time, when selling an item, the trademark rights in the sold item are exhausted. More precisely, the trademark owner’s right to put the item into circulation is exhausted, which means that the purchaser of the good can resell it with the original trademark affixed on it. He cannot be obliged to de-brand the good or to pay a license fee for using the trademark when reselling the car.

Does that mean that trademark law does not provide the trademark owner any protection against the (real) owner’s arbitrariness? No! While the right to control the (re-)sale of the car is exhausted and thus ceases when the car is first put into circulation, this does not affect the other exclusivity rights of the trademark owner.

Now, the Trademark Act does not expressly provide the trademark owner any exclusive right to alter the item on which his brand is affixed. Nonetheless, court practice and scholarly views concur that the right to affix trademarks to an item (Art. 13 (2) (a) Trademark Act) includes the right to prohibit any alterations to the item following it first being put into circulation. It is important to note, though, that this right applies only in a commercial context. Modifications that are made in a private or company-internal context are not problematic.

In practice, it is however not this easy to tell when the value or the function of an item is affected. In a decision in 1991 (published in SMI 1992, p. 243 et seq.), the cantonal court of Valais confirmed a decision of a lower court which had held that Levi Strauss jeans which are washed out by a purchaser (not by the manufacturer) and resold are falsified, and convicted the perpetrator for falsification of goods. Of course, not only has the relevant criminal offence been abrogated since, but also and foremost this offence required that the goods were offered for sale as being genuine and unaltered. In the case of car tuning, the tuning companies consider themselves to be adding value to a car and thus make it very clear to their customers that a car had undergone customising. While it has a limited meaning in the present context, the Levi Strauss case illustrates nonetheless the issues. If the court had had to assess the case from a civil law perspective, it is almost certain that it would have considered that the washing out the jeans affected their value and was thus infringing the trademark rights of Levi Strauss.

With the above in mind, it may safely be assumed that, for a product such as a car, the design is a product-specific characteristic that can affect the value, so that any substantial change of the aesthetic appearance of a car falls within the exclusive right of the trademark owner. While we are not aware of any Swiss court decisions regarding car tuning, Swiss legal scholars are generally of the view that modifications to the body of a car, such as lowering the body or adding spoilers infringe trademark rights if made without the trademark owner’s prior consent.

As a result, from the trademark law perspective, tuning companies should obtain the car builder’s consent to the planned changes in advance. If it grants its consent, the car builder will often only do so subject to a right of review and control.

The visual appearance of a car (and/or of its parts) is very often registered as a design, so that the question arises whether the car builder can also, besides its trademark rights, oppose a tuning company on the basis of its design rights.

While the (real) owner’s omnipotence over his item is limited by trademark law, the Swiss Act on the Protection of Designs (the “Design Act”) does not hamper the freedom of the purchaser of an item to treat his property as he pleases. Indeed, the fact that the item is protected as a design does not give the car builder, as the design owner, any right to prohibit or restrict the owner’s freedom to modify the car’s design or to integrate it into another product.

This notwithstanding, there are some Swiss decisions for various works of applied art such as furniture or watches, which are quite encouraging and allow the expectation that the design of a car can be protected by copyright law also in Switzerland, provided it meets the requirement of sufficient individual character. Swiss courts require, for works of applied art, that they do not merely reflect a certain style or fashion, that they exceed mere craftsmanship or industrial production, and of course that they go beyond functionality.

If the car design is protected by copyright law, this gives the car builder powerful rights. Indeed, pursuant to Art. 11 of the Swiss Federal Act on Copyright and Related Rights (the “Copyright Act”), the rights holder has, in particular, the exclusive right to decide whether, when and how the work may be altered. The exercise of this right lies in the full discretion of the rights holder, and it is irrelevant whether the planned alteration is of major or minor importance, or whether it is an aesthetic success or not. Accordingly, a tuning company cannot oppose the argument by stating that his work adds value to the tuned motor car.

As detailed above car tuning can constitute an infringement mainly of trademark law, but also of copyright law and/or unfair competition law. For the tuning company whose business is the customizing of cars, the conclusion seems quite clear: before modifying the visual appearance of a car (or of any other product that bears a trademark and/or is protected by copyright law), it is advisable to obtain the right holder’s consent. If it ignores the rights holder’s privileges, this can entail lengthy and costly proceedings.

By de-branding the tuned car, the tuning company has however good prospects to avoid any dispute with the car builder.