Swiss law and Swiss venue (or arbitration) in contractual negotiations 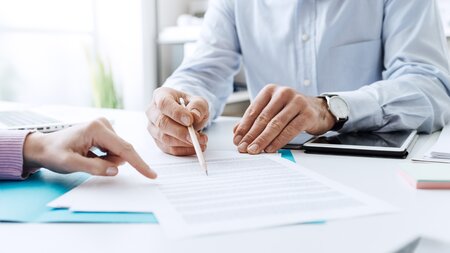 When advising clients, we often encounter situations where negotiating parties, having agreed upon the commercial terms of their contract, need to come to terms with regard to jurisdiction and applicable law at the eleventh hour. Each party typically wants to have its own law to apply and to enjoy the hometurf advantage in case a dispute arises. Often, the compromise that is struck, virtually at the last minute, is then to agree on something neutral, such as Swiss jurisdiction (or arbitration) and Swiss law.

In parts 1 and 2 of this blog series, we have explained that Swiss law and Switzerland as a venue, both for State court and arbitral proceedings, are an excellent choice. That said, they should not be a random choice. Our advice to our clients is not to choose randomly from jurisdictions and applicable laws that may, or may not, be acceptable to their counterparty. Instead, while negotiating, parties should have a plan A (normally, their own law and jurisdiction), a plan B, and possibly a plan C they are sufficiently comfortable to compromise on in case of need.

Where Switzerland and Swiss law – that need not necessarily go together, since the Swiss judiciary and arbitral tribunals seated in Switzerland are perfectly at easy applying a foreign law – are part of plans B and C, it is advisable to have the draft contract reviewed by Swiss counsel before it is signed and concluded.

Swiss law is neutral and predictable, but it is not necessarily identical to the parties’ own law – and thus to what they would expect to be the result. Compulsory provisions (such as, e.g., in the areas of employment or lease law) may play a role. In addition, there may be conceptual differences from other laws (such as, e.g., in the area of agency or distribution contracts), or the legal systems may even be fundamentally different. As an example, contracts governed by Swiss law need not necessarily be as detailed under English or US law since many general principles of Swiss law have a statutory basis that can come into play where the parties have not dealt with all issues in full detail. Involving Swiss counsel at the stage of contractual negotiations not only increases the legal security, but also enables seamless and consistent legal advice from a single source, including when things may become contentious.

Likewise, jurisdiction and choice of law clauses need to be drafted adequately. For arbitration, it is, as a general rule, advisable to rely on the standard clauses provided by the arbitral body (such as the Swiss Arbitration Centre or the ICC). In the instance of jurisdiction, it is important not to merely choose Switzerland but instead to denominate the courts of a specific city (or canton) in order to avoid discussions – and possibly separate proceedings – on the validity and enforceability of the jurisdiction clauses. The key choice here is between Cantons with, or without, a commercial court, which has an influence on the procedural rules, the possibilities of appealing judgments, and the length and costs of the proceedings. By contrast, choosing a specific court is not considered acceptable, and is thus invalid, from a Swiss perspective.

In the instance of choice of law clauses, it must be made clear whether substantive Swiss law, or Swiss law including its conflict of laws principles, shall apply. Otherwise, the result may be a renvoi to a law that neither of the parties had anticipated, let alone wished, to apply. Also, in sales contracts, the choice of law clause should make clear whether the reference to Swiss law includes the (as a general rule, buyer-friendly) Vienna Convention on the International Sale of Goods (CISG) or not.

As a result, contractual parties are welcome – and well advised – to choose Switzerland as the venue of their potential future dispute and Swiss law as the applicable law. They should not, however, do so randomly and without obtaining Swiss law advice beforehand.

If you have any questions, please do not hesitate to contact us.