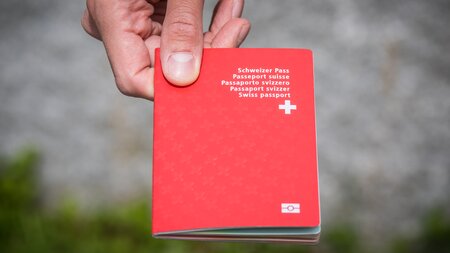 Immigration in a nutshell - Volume 2

Our blog series provides practical knowledge from the field of business immigration.

In Switzerland, it is possible to apply for naturalisation under simplified conditions. In this blog post, you will learn more about the most important requirements and the procedure for facilitated naturalisation. The legal basis for this can be found in the Federal Act on Swiss Citizenship of 20 June 2014 (SCA; CC 141.0).

Who is eligible for simplified naturalisation?

Spouses of Swiss citizens are entitled to simplified naturalisation. If the foreign spouse lives in Switzerland, they must have been married to the Swiss spouse for at least three years and have resided in Switzerland for five years. Those who live or have lived abroad can apply if the marriage has lasted at least six years and there is a close connection to Switzerland. If the Swiss spouse only obtained Swiss citizenship through ordinary naturalisation after the marriage, the foreign spouse does not have the option of simplified naturalisation.

If you want to become a naturalised citizen, you have to be successfully integrated. This is demonstrated above all by the language (as a rule, language competence in a Swiss national language at reference level A2 [written] and B1 [oral] is required) and by participation in economic life or attendance at a school/university. In addition to successful integration, it is required that the person who wants to be naturalised in a facilitated procedure does not pose a threat to the internal or external security of Switzerland.

If you have any questions regarding the simplified naturalisation, our immigration team will be happy to help.