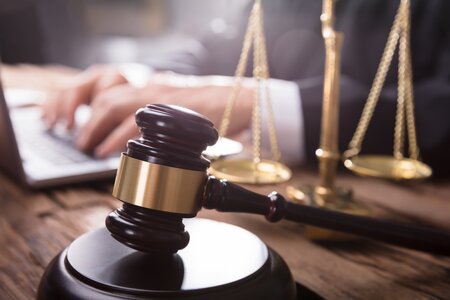 The first nationwide Civil Procedure Code came into force on 1 January 2011. Almost a decade has passed since then. The Federal Council therefore adopted a preliminary draft for a partial revision as early as 2 March 2018. Its objectives are to improve practicability and enforceability. On 26 February 2020, the final draft bill was published with an explanatory report from the Federal Council. Here is a brief overview of the most important proposed amendments.

According to current practice, parties initiating civil proceedings must advance the entire court costs. This cost barrier might deter parties from enforcing their rights. Under the new regime, the advance payment can, as a rule, amount only to half of the expected court costs (Art. 98 (1) D-CPC). Only in exceptional cases (in the case of conciliation requests, certain summary proceedings, appeals and proceedings before certain cantonal bodies) will the courts be able to demand an advance payment of the full amount of the expected costs (Art. 98 para. 2 D-CPC).

Under the current regime, the winning party must claim back the costs from the other party. The parties thus bear the collection risk. This is to change. In the future, the cantons themselves will be responsible for collecting the court costs (Art. 111 D-CPC).

The Federal Council's draft improves the coordination of proceedings. Provisions on multi-claim, multi-party, third-party-notice actions and counterclaims are to be adapted.

The new regime will also allow defendants to file a counterclaim and request a declaration of non-liability against claimant's partial claim, even if the respective claims would ordinarily be subject different types of procedures. If, for cost reasons, the claimant initially sues for only part of its alleged claim, the defendant has so far been denied the opportunity to file a counterclaim for a declaratory judgment that the entire claim asserted by the opposing party does not exist. Due to the higher amount in dispute, the counterclaim required a different type of procedure, which excluded joint proceedings. In the future, a counterclaim for a declaration of non-existence of the claim is admissible as a reaction to a partial action in ordinary proceedings (Art 224 (1)bis lit. b D-CPC).

In commercial disputes, the plaintiff will now be free to either bring an action directly before the court or to initiate conciliation proceedings first (Art. 199 (3) D-CPC). In these cases, the optional conciliation procedure offers the plaintiffs an uncomplicated option to interrupt the statute of limitation. This is particularly relevant for claims against debtors who do not reside in Switzerland. Up until now, in such constellations, a statement of claim often filed with the only cantonal instance, only to be withdrawn immediately afterwards. This cumbersome practice should become obsolete with the introduction of the optional conciliation procedure.

English as the language of proceedings

Other proposed changes include the creation of a right of non-cooperation for a legal privilege in-house counsel, adjustments to proceedings in family law matters, and a federal legal basis for international commercial courts. Private expert witness reports will no longer be treated as mere party allegations without probative value, but now as documentary evidence and thus as admissible evidence.

The preliminary draft of March 2018 contained proposals for improving collective redress. The issue, however, remains politically controversial. It was therefore excluded from the draft bill.

Our Litigation & Arbitration team is at your disposal for any further questions.