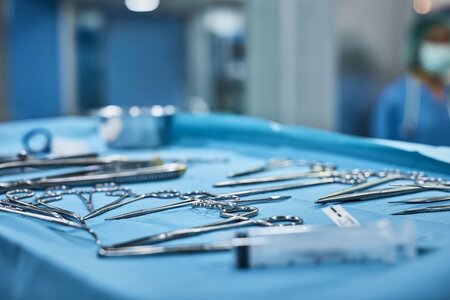 The evidentiary value of private expert opinions with a focus on medical malpractice cases.

Clarification by the Federal Supreme Court

The abovementioned decision concerned a case social security insurers and a liability insurer. The social security institutions asserted a recourse claim against the liability insurer. There was dispute as to what evidentiary value reports tdrawn up by doctors in social security proceedings had in civil law litigation. The BGer initially stated that experts provide expertise to the judge through their specialist knowledge. The experts either inform the judge of their experience or knowledge in their discipline, clarify facts relevant to the court or draw factual conclusions from existing facts. In contrast to an expert witness, an expert can be substituted. While the expert witness testifies about his own perceptions, the expert makes his expertise available to the court, so to speak. This is why, the expert is appointed by the court (in contrast to the expert witness). In contrast, opinions of experts commissioned by the parties are not in themselves suitable as evidence.

Third party expert opinions are reports commissioned by another judicial authority in other proceedings but used in subsequent proceedings.

Medical personnel regularly draw up reports on the treatments they carry out in the course of their work. The BGer rightly stated that treatments already carried out could be the subject of an expert opinion. In contrast to the reports of the attending physicians an appointed expert's answers to questions would not be based on the latter's own perceptions, but rather on the statements and the evaluation of documents of the attending medical personnel. In this context, the question arises as to the evidentiary value of the reports drawn up by doctors as part of their treatment. According to the BGer, the general rules of evidence are decisive for answering this question. Such reports do not have the evidentiary quality of court commissioned expert opinions. Medical reports are physical records and, accordingly, have the evidentiary value of records. The evidentiary value, however, is limited in the fact that it refers only to questions and facts which cannot be made the subject of an expert opinion. In particular, conclusions drawn from the facts contained in medical reports on the basis of medical expertise may be the subject of a judicial opinion. If reports by medical personnel contain such conclusions, they are merely party assertions and have no evidentiary value.

Social insurance institutions (SUVA, IV, AHV) often rely on reports from attending physicians regarding diagnoses, findings etc. According to the BGer, such reports cannot have the quality of a court commissioned expert opinion, since the attending physicians themselves may be affected by the answers to the questions, especially with regard to possible false diagnoses or treatment errors. For this reason, the independence that distinguishes the expert is lacking.

The same applies to the district doctors, who also lack the independence of an expert due to their connection to SUVA and SUVA's right to select them.

The BGer has confirmed its practice according to which an expert opinion commissioned by a party is not evidence in the sense of the Civil Procedural Code and has no evidentiary value. The necessary independence is lacking. Evidentiary value, on the other hand, is provided by expert opinions commissioned by other authorities and issued in other proceedings (third-party expert opinions). A prerequisite, however, is that the parties are granted the right to be heard in the main proceedings in which the third-party opinion is to be used as evidence. However, it must be borne in mind that private expert opinions – as party assertions – must also be specifically disputed in the course of the civil proceedings otherwise they are regarded as accepted.

Our Litigation team will be happy to answer any further questions you may have.