New Corporate Law: The Board of Directors (no. 18)

The board of directors (BoD) is not left out of these changes. This article therefore aims at presenting in a succinct manner certain aspects of the new law of the corporation that specifically concern the BoD.

The new law does not change the principles of eligibility according to which (i) only natural persons may become members of the BoD (Art. 120 Ordinance on Commercial Register (OCR)) and (ii) the election and dismissal of the BoD members is an inalienable power of the GM (art. 698 para. 2 no. 2 and 705 para. 1 Swiss Code of Obligations (CO)).

The new law confirms that, for companies whose shares are listed on the stock exchange, directors must be elected individually (and not "as a group") and that the term of office of a director ends at the end of the next ordinary GM (art. 710 para. 1 revCO). These principles, which are already in force, are constitutional and mandatory (art. 95 para. 3 let. a of the Federal Constitution of the Swiss Confederation (Cst.)).

The new law extends the principle of individual election of the BoD members to companies whose shares are not listed on the stock exchange, except if the articles of association provide otherwise or if the chairman of the GM decides otherwise with the consent of all represented shareholders (art. 710 para. 2 phr. 2 revCO). In practice, many unlisted companies already use this individual election system, which is considered to be a best practice.

The term of office of the members of the BoD is in principle three years but can be shortened or extended to six years by the articles of association (art. 710 para. 2 phr.1 revCO), which is not different from the current law.

Finally, in all companies limited by shares, whether the shares are listed on the stock exchange or not, the re-election of a BoD member is possible (art. 710 para. 3 revCO). The law does not impose any restrictions as to the maximum number of consecutive terms of office or as to any age limit, though the articles of association may provide for such restrictions.

In companies whose shares are listed on the stock exchange, the GM elects the chairman of the BoD among the BoD members and the term of office for each BoD member ends at the end of the next ordinary GM (art. 712 para. 1 revCO).

In the event of a vacant chairmanship, the BoD appoints a new chairman for the remaining term of office, regardless of whether the company's shares are listed on the stock exchange or not. The articles of association may provide for other solutions to cure this temporary lack of organization (art. 712 para. 4 revCO), such as the immediate convening of an extraordinary GM or an extended term of office until the end of the next GM.

The new law provides a more precise framework than the existing law on the BoD decision-making process, while expressly allowing for greater flexibility in its actions.

The BoD may continue to take its decisions in a physical meeting with a definite place of assembly (art. 713 para. 2 no. 1 revCO). It can also still take its decisions in writing, on paper or in electronic form, as long as all directors have approved this decision-making procedure (decisions by way of circulation), which means that no member has expressly requested a discussion of an item on the agenda (art. 713 para. 2 no. 3 revCO).

It should be noted that the new law expressly confirms that the BoD can take its decisions in electronic form, in accordance with articles 701c to 701e revCO (art. 713 para. 2 no. 2 revCO), which was already accepted in practice.

The directors may exercise their voting rights electronically (art. 701c revCO) and hold BoD meetings in a pure virtual form (i.e. by telephone conference or video conference), without a physical meeting place (rt. 701d revCO). In this case, the BoD must adopt technical means which allow it to verify the identity of the participants, and to warrant the simultaneous transmission of the interventions during the session and the reliability of the results of the vote (i.e. no possible falsification) (art. 701e nCO).

Finally, the deliberations and decisions of the BoD must always be recorded in minutes, which must be signed by the chairman and the person who was in charge thereof (and not necessarily by the secretary) (art. 713 para. 3 revCO).

In addition, the BoD can regulate the other details of the decision-making process in the organizational rules (art. 716b para. 3 revCO).

Until now, the BoD could delegate all or part of the management to one or more of its members (i.e. managing directors) or to other natural persons (i.e. directors) on the basis of organizational rules, provided that the articles of association permit to do so (art. 716b para. 1 CO). The new law is now based on the opposite principle, according to which a delegation of management is in principle possible, unless provided otherwise by the articles of association (art. 716b para. 1 revCO).

Management must be delegated to individuals (art. 120 OCR; art. 95 para. 3 let. b Cst.), with the sole exception of asset management, which may be delegated by companies whose shares are listed on the stock exchange to a legal person (art. 716b para. 2 phr. 2 revCO).

The minimum mandatory content of the organizational rules remains the same under the new law: these rules shall organize the management of the company’s business, define the competent bodies to carry this out, list their duties and, in particular, regulate the company’s internal reporting (art. 716b para. 3 revCO).

The new law confirms that, in the absence of delegation, the management is always exercised jointly by all BoD members (art. 716b para. 5 revCO).

Finally, the BoD must inform in writing or by electronic means the shareholders and any company creditors who demonstrate an interest worthy of protection about the organization of the management (art. 716b para. 4 revCO).

The prevention and management of conflicts of interest are part of the general duty of care and loyalty of each BoD member (art. 717 CO). Effective corporate governance is hence a must to avoid, to all feasible extent, such situations or, if necessary, to manage them in an appropriate manner. In this respect, the new law sets a minimum framework, allowing the BoD to organize the prevention and management of conflicts of interest with a certain flexibility (art. 717a revCO). BoD members or members of the management who find themselves in a situation of conflict of interest must immediately inform the BoD in detail about the conflict (art. 717a para. 1 revCO). The BoD must then take the necessary measures to safeguard the interests of the company (art. 717a para. 2 revCO). The member concerned shall not take part in such decision on measures. For example, the BoD could decide to resolve on the conflicting subject through a two-step process: a first vote with all BoD members which are present, and then a second vote without the conflicted BoD member, with a BoD resolution being valid only if positively confirmed by the second vote. This would not discharge the conflicting BoD member from their liability. The BoD could also commission a fairness opinion or seek independent advice on the controversial issue, or allow the conflicting BoD member to participate in the discussions but exclude him or her from the vote. The law does not foresee any express recusal of a conflicted BoD member, but in the event of a permanent conflict of interest, it is largely admitted that the conflicting BoD member or member of the management should recuse himself.

The BoD may adopt the applicable rules for managing conflicts of interest in the organizational rules (art. 716b para. 3 revCO). For this purpose, the BoD may be guided by certain rules of governance already used in practice, such as the rules of the Swiss Code of Best Practice for Corporate Governance published by economiesuisse. These rules, which were originally intended for listed companies, may also be implemented by companies whose shares are not listed on the stock exchange.

Your VISCHER team will be happy to assist you with any questions you may have regarding the aspects discussed in this article or dealing with the new corporate law. 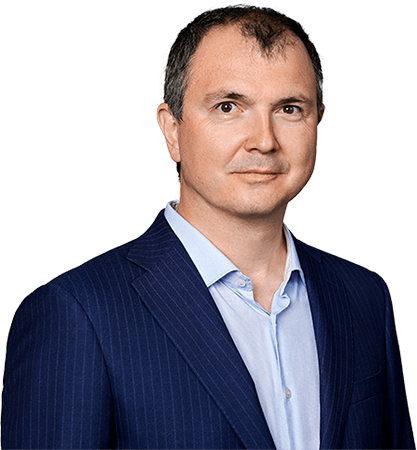