HNA Group under Bankruptcy Reorganization in China – What does this mean? 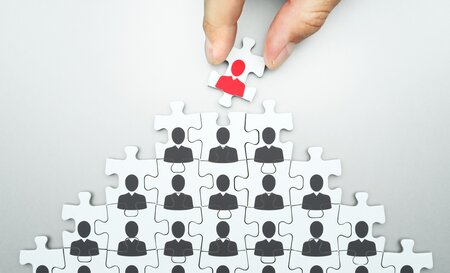 On January 29, 2021, the Chinese HNA Group Co., Ltd. ("HNA") published on its website that they had received a formal notice from the Hainan High People’s Court according to which a creditor has filed an application for the initiation of a reorganization procedure against HNA, on the grounds that HNA cannot pay off debts due to the creditor. HNA stated they will comply with the court’s instructions of judicial review in accordance with law, actively promote debt disposition, support the court to protect the legal rights and interests of creditors in accordance with law, and safeguard its normal business so it can be operated successfully.

What does this announcement mean for HNA and its creditors in China and abroad?

Prologue: What lead to the January 29, 2021 announcement?

HNA started as an air carrier in the 1990's. in the 2000's they expanded their business significantly, and entered markets like tourism, real estate, retail, finance, logistics, shipbuilding, technology etc., with assets spread all over the world with a total value which once exceeded one trillion RMB (approx. CHF 138.6 billion). The turning point for HNA's accelerated growth was in 2017. In June 2017, the China Banking Regulatory Commission (CBRC) required major banks in China to check the credit risks of large private enterprises involved in overseas M&A. Some companies in relation to HNA were found to have overdue debts and credit default, and pledged equity of listed companies were temporally frozen. In 2018, HNA started to sell a large number of previously acquired assets. Despite such measures, HNA failed to completely resolve the issues, and in early 2020, the People's Government of Hainan Province took the lead in setting up a joint working group.

The Chinese enterprise bankruptcy procedures at a glance

The first procedure will eventually result in the dissolution and liquidation of the debtor. The purpose of the latter two procedures – even though they are also referred to as "bankruptcy" procedure - is to save the distressed company and avoid bankruptcy liquidation. It is possible to switch from one procedure to another, except between conciliation and reorganization.

In the case of HNA, the bankruptcy reorganization procedure has been applied for by a creditor.

During the period of the reorganization, in particular the following occur:

Upon acceptance of the application for reorganization, the court will make a public announcement, in particular in the People's Court Daily (paper-based or electronic versions) and www.chinacourt.org. The creditors must submit their claims to the designated administrator in accordance with the specific public announcement. The time limit the court will set for submitting the claims will be in the range of 30 days to three months.

The debtor or the administrator shall subsequently draft a reorganization plan, and submit it to the court and the creditors' meeting at the same time. The plan must, in particular, specify the operation and management scheme of the debtor, the classification of the credits, and the execution arrangement of the plan.

If the draft is approved by all the creditors' groups, the debtor or the administrator shall submit it to the court for approval. If the court approves the plan, it makes a public announcement to that effect.

If the court does not approve the reorganization plan, it must declare the debtor bankrupt and initiate the bankruptcy liquidation procedure.

After the submission of a creditor's application for bankruptcy reorganization against HNA, and the court's formal notification, HNA has seven days to submit its objection to such application.

Based on the recent communication by HNA, it can be assumed that it will not object to the initiation of the bankruptcy reorganization procedure, and the decision by Hainan Provincial High Court on the application for reorganization can be expected within the next few weeks.

We recommend creditors of HNA or any of its group subsidiaries to closely follow the developments of HNA's reorganization procedure (in particular check the People's Court Daily [paper-based or electronic versions] and www.chinacourt.org) and stay in contact with the debtor, to ensure they file their claims in time and actively participate in the reorganization procedure.

For questions or in-depth advice, please do not hesitate to reach out to our China Desk team or your normal VISCHER contact person.