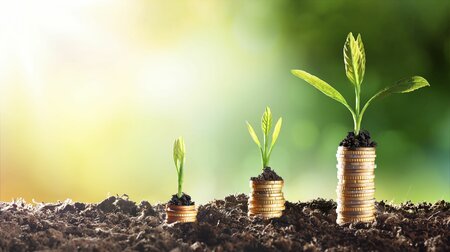 Green Bonds, i.e. bonds aimed at financing climate-friendly activities, have been around for roughly ten years. During the first phase, between 2007 and 2013, the issuers were primarily supranational institutions such as the World Bank and the European Investment Bank. The market has grown considerably since then, as corporations, various banks, and governmental institutions have increasingly entered the market as issuers. The appetite of investors for this asset class is increasing due to moral, ethical, and occasionally also marketing reasons, as well as the generally challenging market environment of low yields. Next year France wants to become the first country to issue Green Bonds; an aggregate volume of EUR 3 billion is envisaged.

Structure
Green Bonds are comparable to traditional corporate bonds in terms of structure. The key difference is the commitment made by the debtor (issuer) to the creditors (investors) to use the issue proceeds for climate-friendly, sustainable, or generally "green" investment purposes.

Use of Funds
Green Bonds are aimed at financing activities that mitigate global warming and thus support a reduced-emission economy. Promoting renewable energies, increasing energy efficiency, and energy storage are prime examples. Other initiatives that may contribute to reaching the climate targets are possible investment projects as well, for instance in the areas of water treatment, agriculture (think of biodiversity and biofuel), or waste management.

Standardisation and Transparency
Even though the label "Green Bond" is not protected, there should rarely be any dispute on whether the projects for which money is raised with a Green Bond are green enough. Not least due to general considerations of liability, the issuing documents will carefully and comprehensively describe the envisaged use of funds and the benefit for the environment, typically taking into account the Green Bond Principles established by 13 major international banks in early 2014. These voluntary guidelines have been updated in 2016 and are now supported by the two major Swiss banks as underwriters and by the Zurich Insurance Group as an investor. They contribute to increased standardisation and greater transparency in the market by regulating the process of project selection, the disclosure and steering of the use of funds, as well as the reporting requirements which ensure that the funds actually benefit society and the environment.

Strict disclosure requirements (regular reporting on the use of funds) attempt to prevent a misappropriation of the money raised with Green Bonds. The Principles also recommend having the sustainability of the respective project evaluated by an independent institution, i.e. a second opinion.

Since 2014 Standard & Poor's have a Green Bond Index. Only bonds recognized as "green" by virtue of the certification scheme of the international non-profit organisation Climate Bonds Initiative are included in the index.

Green is the New Black: Green Bonds as an Alternative Investment in the Swiss Market
Financial products which not only provide financial returns but also achieve higher social objectives are fashionable with private and institutional investors. Swiss investors have developed a strong awareness of sustainable investment products that complement the traditional criteria of profitability, liquidity, and security with so called ESG criteria (environmental, social and governance). There is growing consensus – especially among analysts and investors – that implementing ESG criteria in investment processes may improve the risk-return profile of a portfolio, not least because many issuers enjoy a high rating and offer comparatively attractive coupons.

Market Outlook
The Green Bond market's future potential for issuers, investors, and underwriters is considerable. Already more than hundred Green Bonds with an aggregate volume of over EUR 45 billion are quoted on the Luxembourg stock exchange, which, with its recently launched "Luxembourg Green Exchange" segment, has set out to become the European center for sustainable investment products. The Swiss stock exchange still seems to be somewhat hesitant, but it is conscious of the topic. Issues in Swiss francs are still missing. The issue of Chinese Green Bonds has enormously increased in the past few months.