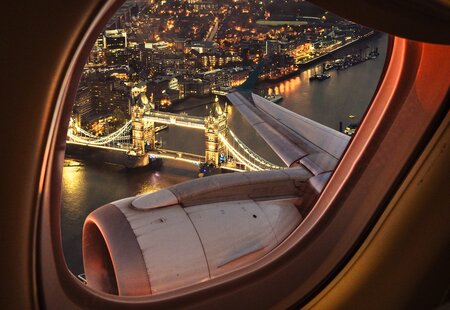 On 31 October 2019, the period for the United Kingdom (UK) to leave the European Union (EU) would have expired. In the meantime, however, the 27 remaining EU Member States have agreed to the requested extension of the deadline and set the new deadline at 31 January 2020. While the question of an extension of the deadline was thus clarified (at least for the time being), many other questions concerning Brexit remain unclear open.

Thus, the coming Brexit also raises major concerns in air traffic. Is air traffic still guaranteed after the (orderly or disorderly) exit? Can flight safety be maintained? Who's in charge? These are questions that Switzerland, the EU and the UK must ask themselves.

In December 2018, Switzerland concluded an agreement with the UK to guarantee the smooth continuation of the current regulations. In principle, it is a matter of securing each other's existing air traffic rights. The modalities for operating licences, the levying of fees and regulations on the safety of aviation and technology were also regulated.

Furthermore, as of 1 September 2019, Switzerland has also adopted the EU regulations on Brexit in the field of air traffic in the event of a disorderly Brexit. This concerns in particular a new framework regulation for flight safety and a regulation which would guarantee the continuation of the activities of Swiss aviation operators and manufacturers after a disorderly Brexit.

After leaving the EU, the UK is automatically no longer a member of the European Union Aviation Safety Agency (EASA). In particular, EASA is responsible for the certification of aircraft and their parts. This means that the UK Civil Aviation Authority would have to comply with regulatory requirements from one day to the next without having access to the capabilities of EASA. The EU framework regulation adopted by Switzerland to guarantee flight safety provides a remedy for this problem. Thanks to this Regulation, in the event of a disorderly Brexit, the flight safety approvals and certificates issued under the EASA rules continue to apply. However, this only for nine months from the date of the (disorderly) exit, but at the latest until 1 September 2020. For this transitional period, however, it will ensure that British aircraft, pilots and maintenance organisations do not lose their certification in one fell swoop on the day of withdrawal.

With this in mind, measures have been taken by various players  – Switzerland, the EU and the UK  – even in the event of a disorderly Brexit, to ensure the smoothest possible continuation of existing air traffic. Despite the presence of Brexit, flights to and from the UK are therefore unlikely to be cancelled.