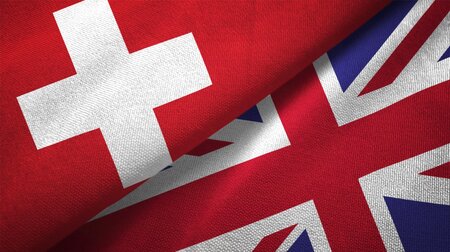 The United Kingdom (UK) left the EU on January 31, 2020. On December 31, the transitional period agreed between the UK and the EU during which the EU continued to treat the UK as an EU state and the bilateral agreements agreed between Switzerland and the EU also remained applicable to the UK also expired. From January 1, 2021, the successor agreements apply, including in particular several new Swiss-UK agreements, provided they have already been finalised; otherwise, the agreements that existed between Switzerland and the UK before the EU will continue to apply. With regard to taxes and social security, the following need to be particularly considered.

The existing Agreement for the Avoidance of Double Taxation (DTA) between Switzerland and the UK continues to apply. Despite its age, this DTA is generally advantageous for taxpayers. Among other things, it grants withholding tax exemption on dividends paid to a company resident in the UK that directly or indirectly holds at least 10% of the share capital of the dividend-paying company. In addition, it provides access to a mutual agreement procedure between Switzerland and the UK in the event of double taxation conflicts between the two states. If the two states cannot reach an agreement, arbitration proceedings can also be initiated in which the states must reach an agreement. The application of an arbitration proceeding avoids double taxation.

As of January 1, 2021, the Agreement on the Free Movement of Persons (AFMP) and thus Regulations (EC) No. 883/2004 and No. 987/2009, which regulate the subordination in the area of social security, will no longer apply to the relationship between Switzerland and the UK.

In order to continue to guarantee the rights acquired under the AFMP from January 1, 2021, Switzerland has concluded the "Agreement on Citizens’ Rights following the Withdrawal of the United Kingdom from the European Union and the Free Movement of Persons Agreement" with the UK. This agreement and the supplementary decision of the EU-Switzerland Joint Committee protect the rights of Swiss, UK and EU nationals acquired under the AFMP until December 31, 2020. Nothing changes for these persons as long as they remain in a cross-border situation, i.e. as long as there is a connection to both states due to nationality, activity or residence.

For all other groups of persons - i.e. those newly entering an international situation involving Switzerland and the UK - the bilateral social security agreement of 1968 will temporarily apply from January 1, 2021 for what is expected to be a short transitional period until the new regulations come into force. In contrast to the regulations applicable under the AFMP, this agreement does not provide for subjection to the social security system of only one state. In principle, according to this agreement, income from gainful employment must be insured in the state in which it was earned (principle of place of work). However, it still allows employees who are posted by companies to the other state to remain subject to the social security system of the posting state for a period of at least 24 months. In this way, insurance coverage can also be ensured for the posting of employees whose assignment begins on or after January 1, 2021.